I have lots of friends who know lots and lots about me but many of my friends have questions I would love to answer...So I have decided  to blog with the help of my mom my journey into this wonderful world I am living. Some days are very exciting and others are quite nerve wracking. My intentions are to take you along  with me as I reach for the stars often failing on my knees :)

I am ten years old and I really started dreaming big about becoming a television actress when I was about 2 years old. My mom has video of me at 3 telling the world that I was some day going to be a big star. Its weird because it is kind of like it is just part of who I am. If I am not doing this I feel as if a piece of me is missing. Most kids dream of playing ball and doing all the fun things kids do but I dream of landing a big role next to Adam Sandler. He is my favorite actor and I hope to make him Laugh with me.

In January of 2011 I came to LA to compete in a competition against 1000's of other kids for a chance to prove myself to the world...or at least the industry. The competition was held in Beverly Hills Ca. My mom and oldest sister and I flew to California from Texas to compete for a week straight.
It was the MOST exciting time of my life. Not only did I win many of the highest honor trophies available but among them was Most Sought After Actress of The Year, Actress of The Year, Jean Model of the Year , Swimwear Model of The year and Headshot of The Year. After the competition my family and I went back home to Texas. My dreams were no longer just dreams....I KNEW I WAS GOING TO MAKE THIS HAPPEN.

Many managers and agents reached out and wanted to sign me across the board so now I just needed to make the decision as to which one I would choose. After many meeting with different people of all sorts of greatness. My mom and I made our decision. We would sign with Amsel Eisenstadt & Frazier, How could you not fall in love with Milton and Nicole <3

Next came moms brave move of deciding to dedicate her life to allowing me to give this my everything and for that I will always be so greatful. We sold Everything we had except our very personal items and we saved all the money and drove across the country to California in hopes of a brighter future led by a little star....ME :)

Back in Texas we had a very nice house and here in California everything is very very expensive. To rent a house it costs double what it would cost back home and it is never as nice. We have has our car broken into twice in just the short year we have lived here. Someday I know that we will live in a very nice house again and they wont be able to get to my moms car parked out front. I told her I would buy her a new car too but she doesn't want a new car all she wants is SIRIUS radio for her old car.

We have been in California now a year and a half and it has been the best time ever. I have met so many awesome friends and wonderful people in the industry. I have gone on over 150 auditions and I have booked over 30 projects ranging from PSA commercials, National commercials to small Films and music videos. I am the go to girl for Junk Food clothing line including their NFL and NBA kids line for girls.

There is not a second that I have any regrets other than not singing better at my second callback for Darla in the Little Rascals where I made it all the way to the top two choices. But like Mom says, thats just wasn't the role for me. I have had so many amazing opportunities with super auditions that almost always lead to a callback, from meeting with people at Disney, Nickelodeon, Paramount, Fox, CBS and many more.....The hardest part of living this dream is the patience it takes knowing that every role is not the role for me.

As I blog I will keep you updated on exciting things I book and I will go back and recapture awesome moments I have already experienced so that you can share the moment with me.

One of the questions that I get asked the most that I will answer for you is " What is my favorite part of being an actress?" I would have to say that I really enjoy working with new people and of course the craft service table.

I will be in touch but until then,

Love and only Love,
Emma <3 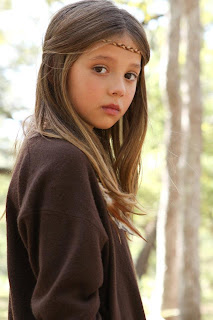 Be sure to check me out at: